Introducing the Interim Heads for the Division of General Internal Medicine

We are pleased to announce the appointment of Drs. Magnus MacLeod and Allen Tran as the interim Heads for the Division of General Internal Medicine as of April 1, 2022.

Dr. Magnus McLeod is a specialist of General Internal Medicine and Hepatology at the QEII Health Sciences Centre in Halifax, Nova Scotia. Originally from Merritt, BC, he obtained his medical degree from St. George’s University, Grenada, West Indies in 2011. He came to Halifax, Nova Scotia for his Internal Medicine as well as General Internal Medicine fellowship training. He received his Royal College Diploma in Hepatology in 2021. He has been on the Faculty of Dalhousie since 2015, currently appointed as an Assistant Professor. He is a member of the Atlantic Multi-Organ Transplant Program (MOTP) with academic and clinical interests including Non-Alcoholic Fatty Liver Disease (NAFLD), Autoimmune Liver Disease, and Liver Transplant. From 2017-2020 he was the Associate Program Director for Core Internal Medicine at Dalhousie University as well as the Chair of the Competence Committee for Internal Medicine. He has been an active member of a number of regional and national committees most notably the Canadian Association for the Study of the Liver (CASL) and since 2020 has been on the CASL Research Committee and CASL Guidelines Committee.

Dr. Allen Tran graduated from the University of Alberta’s medical school in 2012. He then completed his core internal medicine residency training and his general internal medicine subspecialty training at Dalhousie University. During his GIM training, he developed a clinical focus in thrombosis. Additionally, he was awarded a postgraduate diploma in medical education from Dundee University’s medical education program in 2020. He joined the division of GIM at Dalhousie University in 2017 as an assistant professor. Medical education has been another interest of Allen’s, and he has been the program director for the GIM residency program since 2019. He has been recognized with various medical education awards at the local and national levels for teaching and educational programs. He was a recipient of a Royal College of Physicians and Surgeons Medical Education Research Grant in 2021 for an ongoing study on learner handover. He is also an advocate for incorporating point-of-care ultrasound (POCUS) to augment the clinical impression. Allen has been involved in the implementation of POCUS training for both the core internal medicine and GIM programs.

We would like to thank Dr. Nabha Shetty for her leadership of the division over the last 2 years. 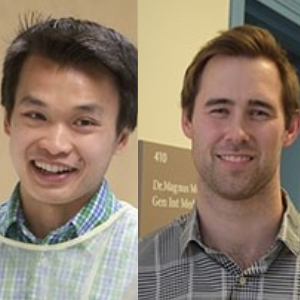