We are pleased to announce the appointment of Dr. Vaughan Marshall as the department head for Maternal Child in the Eastern Zone.

Dr. Marshall is currently an Obstetrician and Gynecologist at the Saint Martha’s Regional Hospital. ﻿Originally from South Africa, Dr. Marshall and his family arrived in Nova Scotia in June 2020.

Dr. Marshall completed his Bachelor of Medicine and Bachelor of Surgery (MBChB) from the University of Pretoria in 2009. He then completed a four-year residency and worked as a Medical Officer in Obstetrics and Gynecology at the Tygerberg and Worcester provincial Hospitals in South Africa. Prior to joining Nova Scotia Health, he worked at George Regional Hospital in Western Cape, South Africa.

In his spare time, Dr. Marshall enjoys camping, cycling, and enjoying nature with his family. Dr. Marshall is an avid runner and has run multiple marathons and ultra-marathons, including 100km mountain trail runs lasting over 24 hours. Dr. Marshall enjoys all sports, particularly watching rugby which he played into his late twenties. He is the coach of his children's baseball and hockey teams and taught himself how to skate upon arriving to Nova Scotia. Dr. Marshall is also a self-taught wood worker and enjoys making furniture for his home.

Dr. Marshall is an active researcher and currently an Assistant Professor in the Department of Obstetrics and Gynecology at Dalhousie University.

Please join us in welcoming Dr. Marshall to the role of department head for Maternal Child in the Eastern Zone. 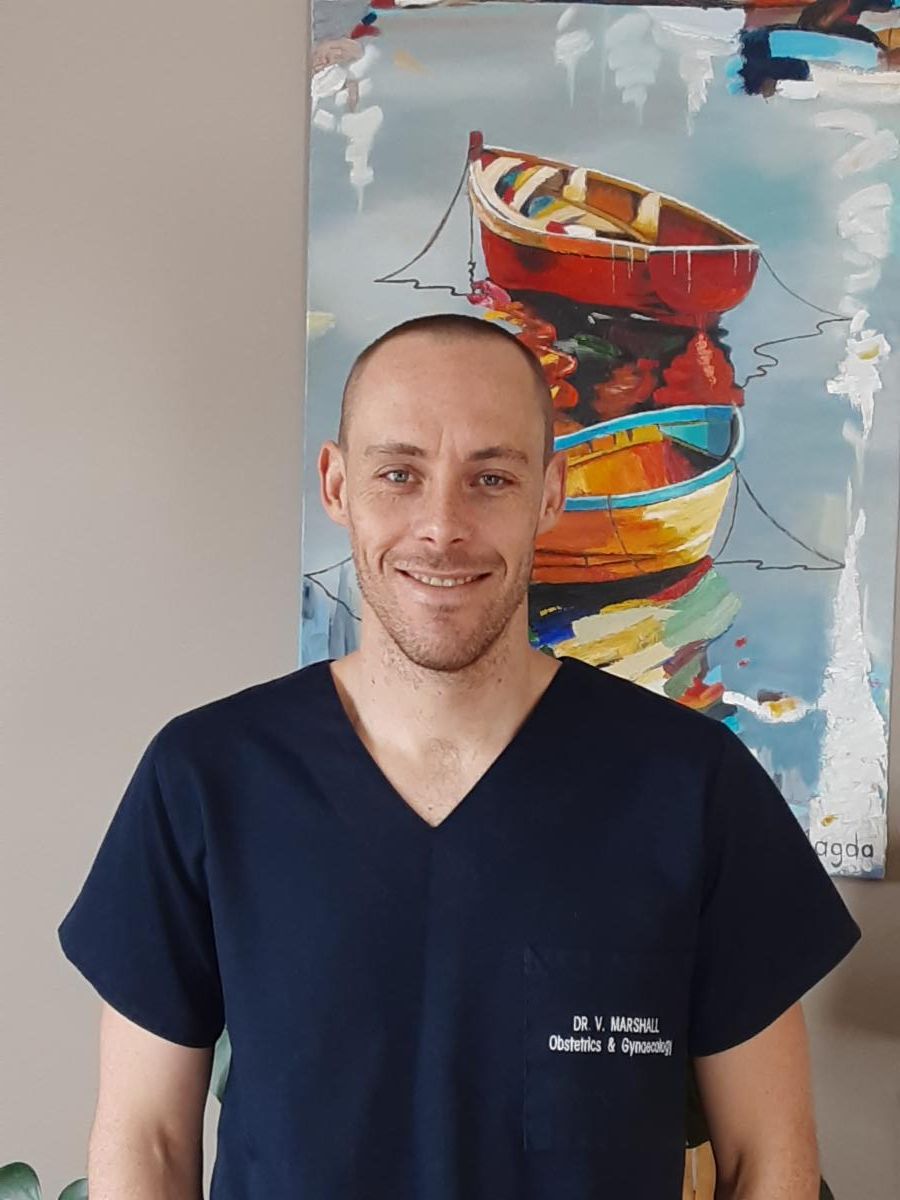